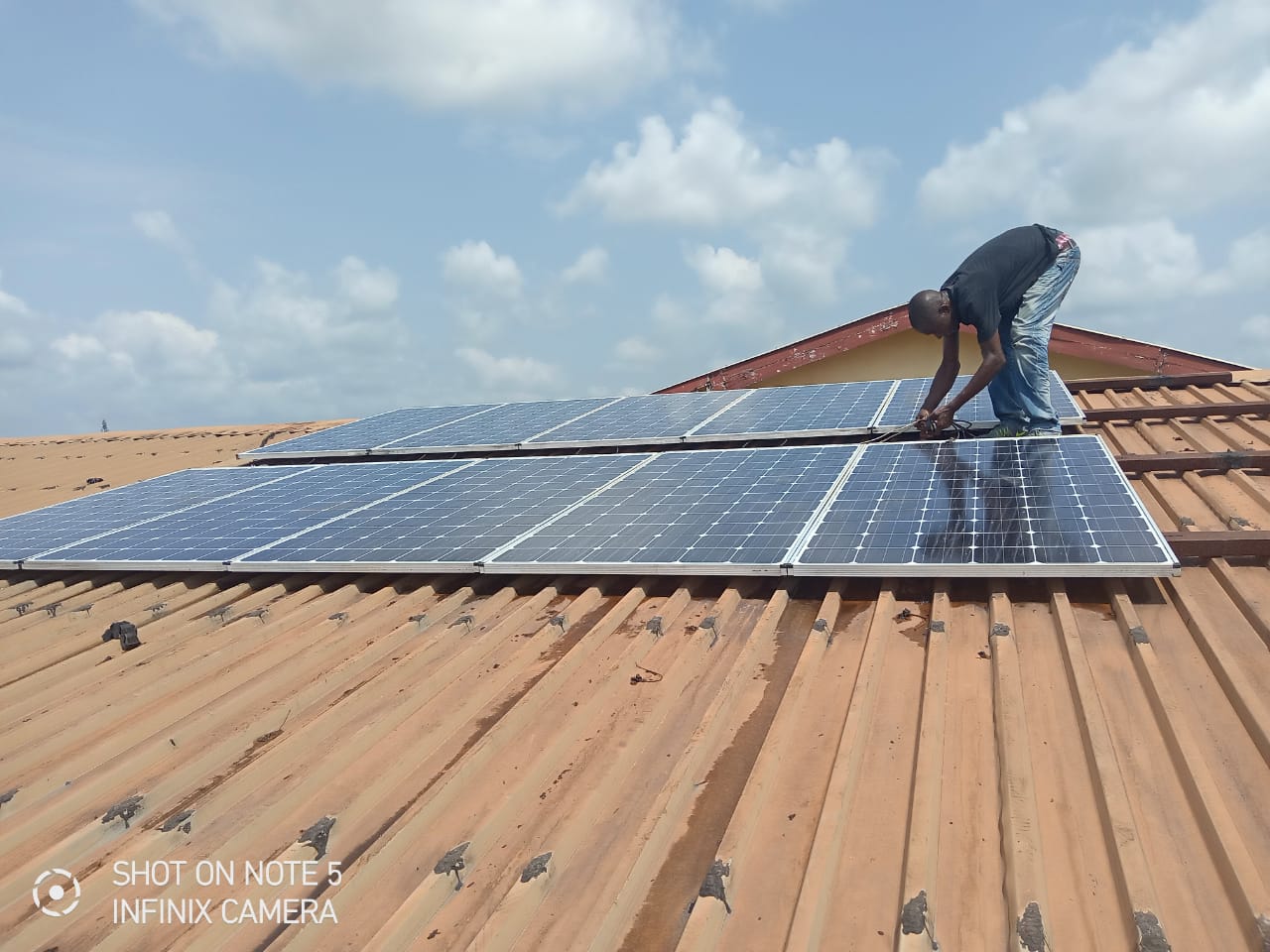 Often once an off-grid photovoltaic solar system is installed, it fails because there is no plan to keep it running.
LEN was retained by Save the Children to evaluate this failed system which had been inoperable for several years at one of their schools in the Liberian port city of Buchanan.

Arriving at the site in early January 2011, the team of LEN engineers and technicians found a system which had fallen into disrepair several years ago because of improper operation and lack of maintenance. The team set about salvaging the components of the system which were still serviceable and completely rebuilt it. Now the system is fully operational. After years of disrepair the school now has a reliable lighting system in its classrooms once again allowing it to offer evening classes. This is especially important for young girls who are required to work during the day and can only attend class at night.

As important as restoring the lighting system, LEN is now available to support the school on an ongoing basis to insure that the system continues to be properly operated and maintained and does not fall into disrepair again.